Why Jeep’s Super Bowl Ad Made You Wanna Cry 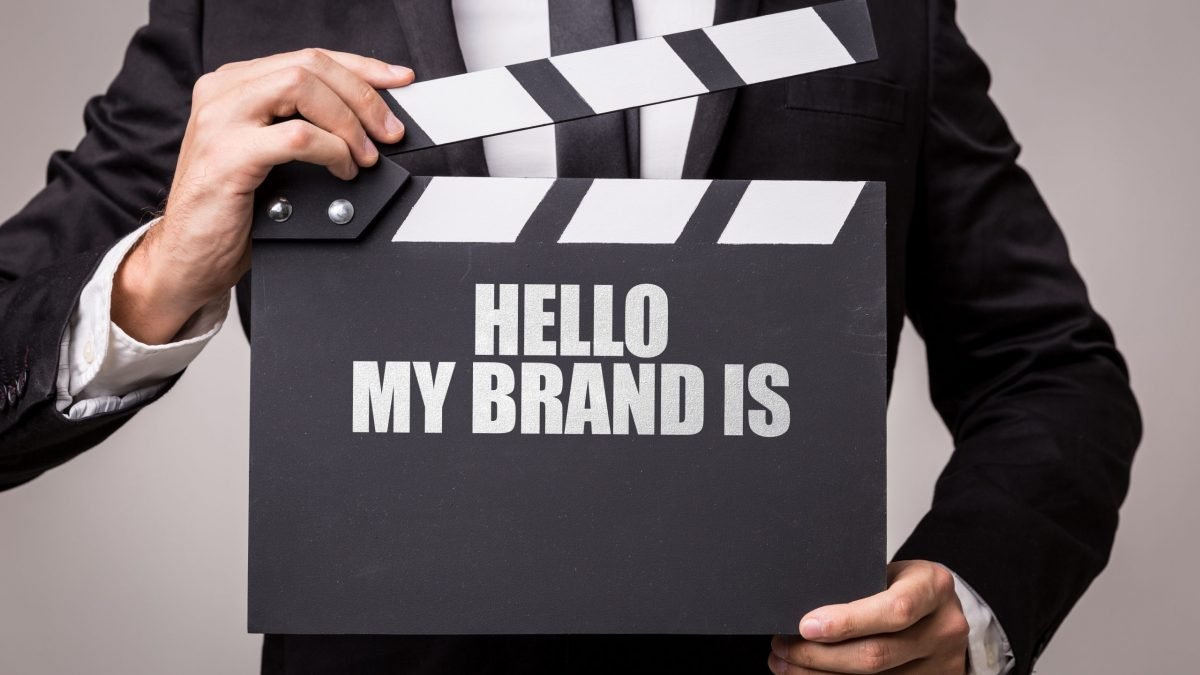 Marketing execs are in a fix. On the one hand, there is stark evidence that a powerful brand has enormous influence over purchasing behavior and customer satisfaction.

On the other, rebrands are almost always a total waste of money, not to mention highly embarrassing and public when they fail. (You can predict the likely degree of misfire by counting how many people with weird titles the agency flies in for the pitch meeting.) What to do?

Here are three object lessons in rebrands gone wrong to help you decide if your planned brand update will power your company’s launch into future, or devolve into an expensive exercise in futility.

Remember when Radio Shack sold CB radios in the 1970s? That’s okay, neither do I. But they made a mint doing it, and after CBs faded out of popular use Radio Shack successfully navigated many business changes peaking through the 1980s and early 1990s with over 7,000 stores in the US alone.

Unfortunately, by the mid-2000s the once-dominant company’s many strategic missteps had left it struggling to figure out its identity.(Did they sell radios? computers? technical expertise?) But the one thing Radio Shack still had well past its prime was insanely good name recognition.  So how did they handle it? They took the one thing everyone did remember fondly about the company – its name and logo – and torpedoed it.

Here’s what they did: 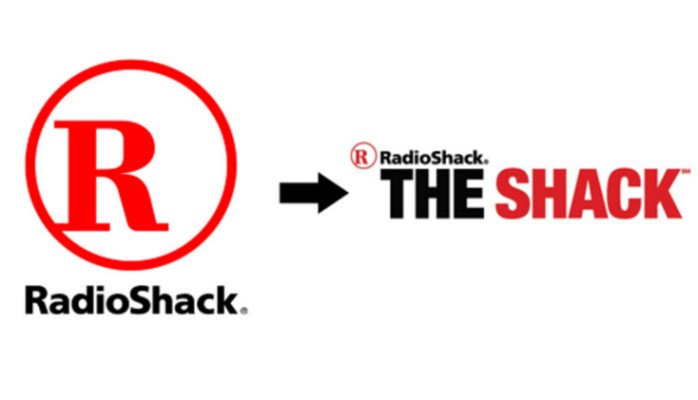 And here’s how they tried to sell it: 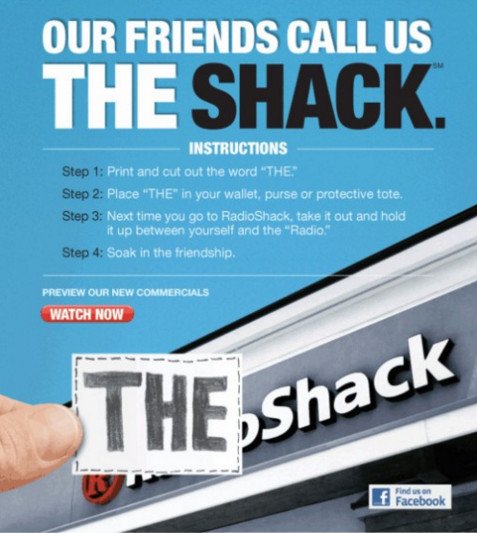 That’s not to say that logos shouldn’t be refreshed or updated. But your logo is never your brand. It is simply the visual expression of it. So if your management team is unclear on the company’s strategic business direction, put the checkbook away and tell the agency you’ll call them when you’ve got it figured out.

Your new name is emotionally identical to the old one

Last year Sleep Country rebranded as Sleep Train. This one makes me extra sad, because I have always loved Sleep Country thanks to their incredible support for foster kids. Here’s a company that built its business on price, selection and service. They absolutely own that position in the market. So what’s the difference between a Sleep Country and a Sleep Train? I have no idea. And neither do you. You know why? Because there isn’t any. Emotionally, these two names are identical.

So while you may not like Sleep Train any less than Sleep Country, you probably don’t like it any more, either. Meanwhile, the company is now spending millions of dollars trying to erase that well-established name from your mind and replace it with the new one.

Sleep Train still has plenty of opportunity though, and I really hope their next campaign will grab it by telling powerful, emotional stories about the many foster children who have benefited from their commitment to such an important cause.

For decades parents in and around the greater Seattle area have been flocking to the superb medical practice, Pediatric Associates. Great doctors, short wait times, efficient operations, and a main office that’s open even on Saturdays and Sundays. In short – everything a busy parent wants.

So what did they do? They rebranded as Allegro Pediatrics. I know. I had to look it up too.

So, it turns out that Allegro means “cheerful” or “lively” in Italian. Which is nice if you speak Italian, but I suspect most of their customers don’t. Meanwhile in English, Allegro sounds vaguely like an allergy, or a medication for an allergy. It’s also a musical term from those 5th grade violin lessons you took that you’ve now completely forgotten, because you have a new baby and your brain is fried from lack of sleep, and all you really want is a pediatrician with a name you can actually remember.

This is a classic example of “if it ‘aint broke… don’t fix it.” Pediatric Associates already had a perfectly useful name with loads of brand equity in the community. Why couldn’t they keep that same name and use it in the aesthetic of this fun new logo? I’m pretty sure the designer could have figured it out.

That logo and website refresh was certainly overdue, but a name change was not. The lesson? No need to throw the baby out with the bathwater. That new name (and the pretty penny they surely paid to get it) isn’t going to make any difference whatsoever in their revenue or retention rates.

This is not to deny the power of brand. In fact, I work with companies to improve their brand storytelling all the time. But this is done by uncovering an existing brand story, not by papering some totally made up story over it.

Brands are indeed powerful. The trick is to discover what’s already great about your company and then tell that story over and over again. Marketing dollars should be used to express your brand, not fake one.

This is just as true for a supposedly boring B2B product as it is for consumer brands. Whether you are a brilliant, scrappy upstart, or the oldest, most reliable service provider in your sector, your brand will work hardest for you when you focus on expressing that personality authentically, in every touch point you have with your customers.

If it turns out that your name or logo are totally out of sync with who you fundamentally are then go right ahead and do that rebrand. But if not, maybe it’s your story – and not your name – that needs the reboot. 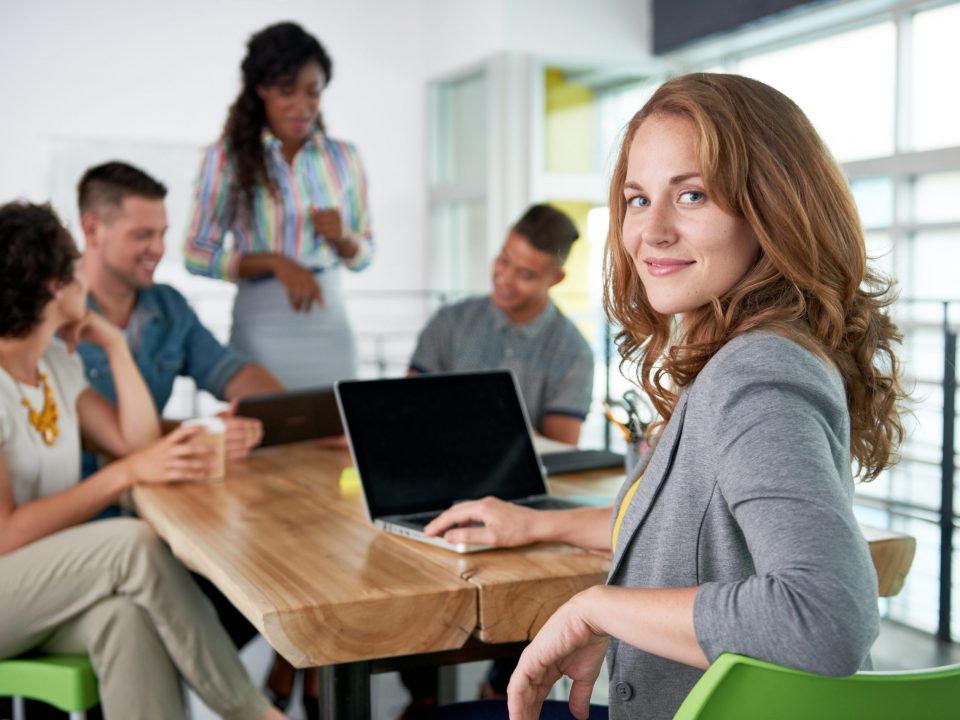 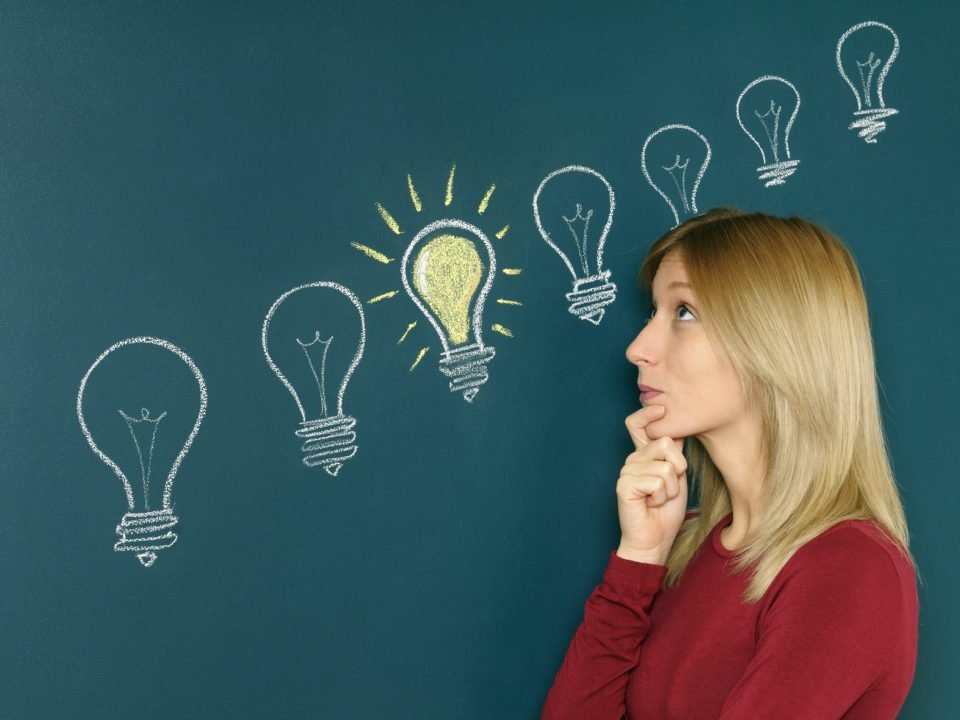 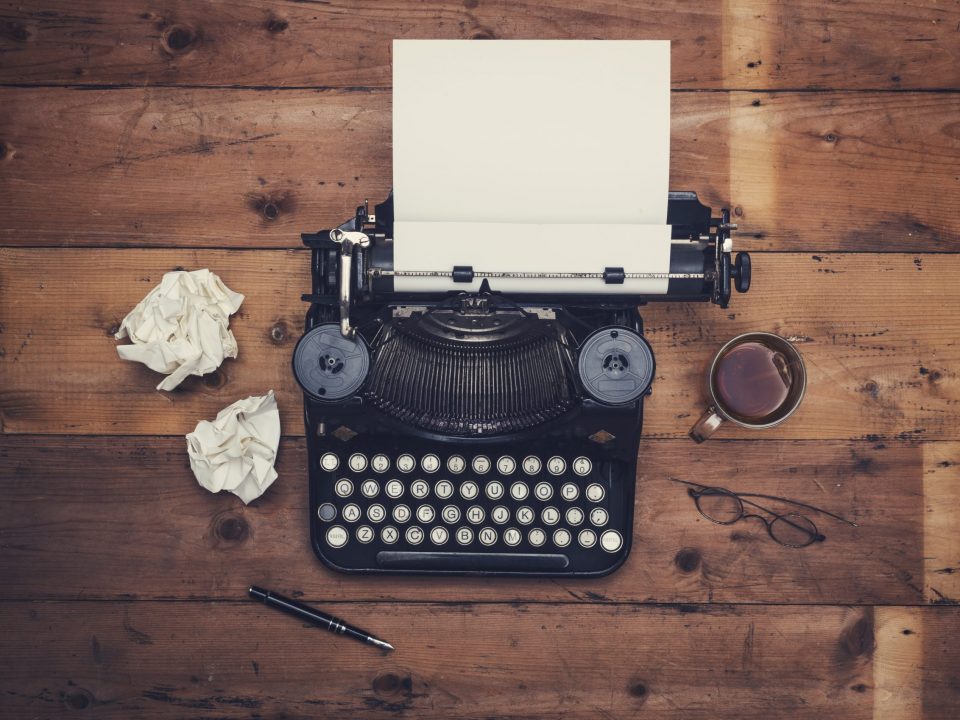 There is a deliberate process to telling better stories